The flavors of a good BBQ chicken pizza are a taste bud’s dream: The sweetness of the barbecue sauce, the saltiness of the chicken and cheese, and the kick of flavor from the red onion and cilantro… All of this results into a flavorful burst of pizza perfection. The only problem is that, as tasty and comforting as a doughy, carb-laden crust may be, it doesn’t always leave me feeling great afterwards. In fact, any time I’ve ordered restaurant pizza lately, it’s almost a guarantee that I’ll feel too full, thirsty from the sodium, and puffy afterwards (and I’m sure I’m not alone!). In the effort to find a satisfying recipe that wouldn’t leave me feeling so weighed down, I recently set out to recreate a gluten-free version of this classic dish. Enter: the miraculous cauliflower crust. 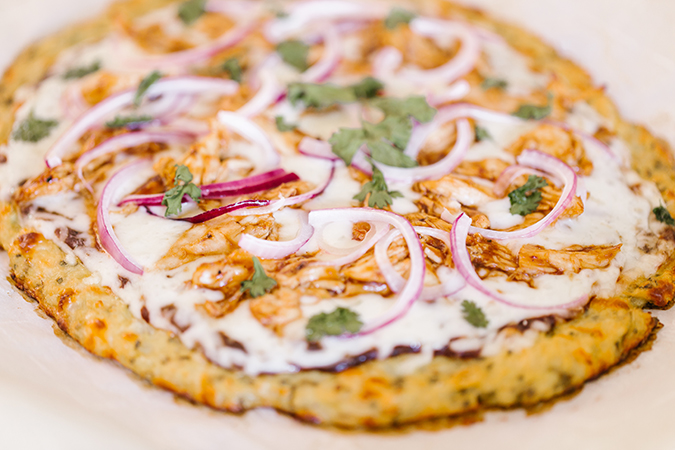 Who knew that making a pizza crust out of cauliflower, egg and cheese would be such a seamless substitute for the doughy alternative?! Not only is this crust recipe delicious and low-carb, but it also gives you a nice serving of veggies and fiber that you wouldn’t get with a traditional pizza. 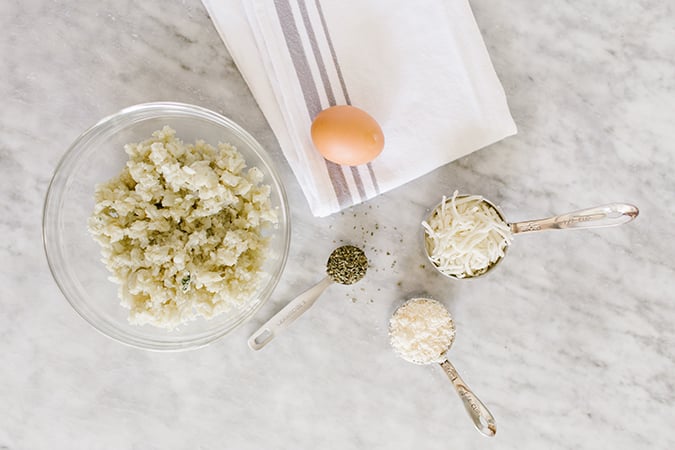 For the cauliflower crust: 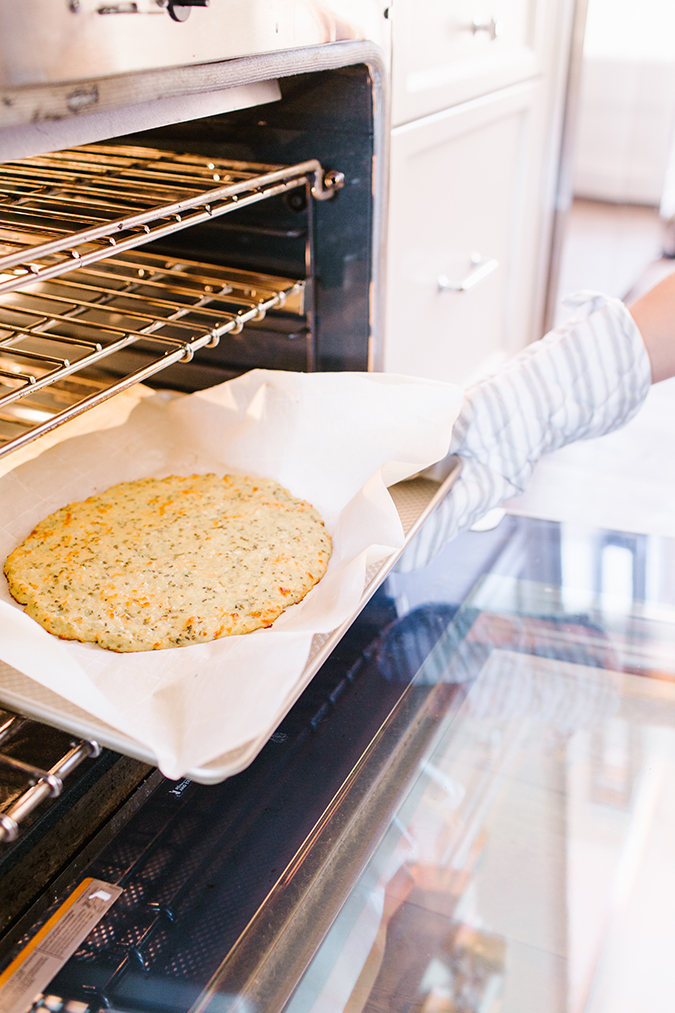 For the cauliflower crust:

1. If you don’t have pre-riced cauliflower, rice your florets in a food processor. Then, place in a microwave-safe bowl and microwave on high for 8 minutes until cooked.

4. Transfer to the cookie sheet, and using your hands, pat out into a 9″ round. Optional: Brush olive oil over top of mixture to help with browning. 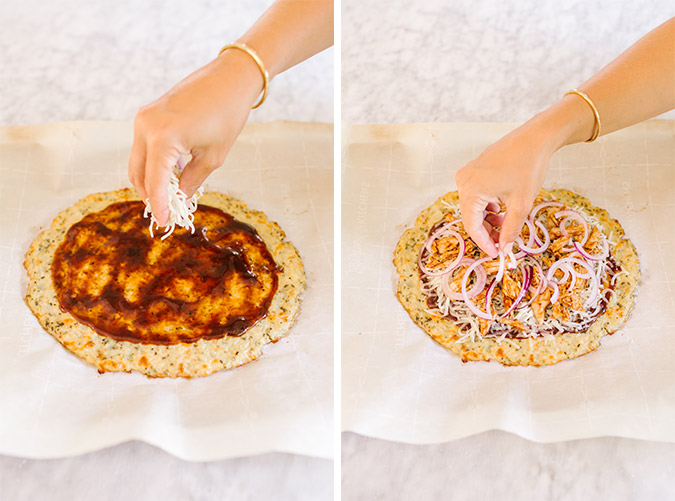 1. Bake your chicken breast in the oven ahead of time at 400 degrees for 10-15 minutes. One cooked throughout, remove, let cook, then shred chicken with a fork. Toss in barbecue sauce until evenly coated.

3. Spread 1 tbsp of barbecue sauce on cauliflower pizza crust, leaving about ½ inch without sauce around the edge for the crust.

4. Top with mozzarella, shredded chicken, red onion and cilantro, then pop back into the oven for 10-15 minutes, or until cheese has melted.

5. Remove from oven, sprinkle a bit of grated parmesan cheese on top (optional), then slice and enjoy! 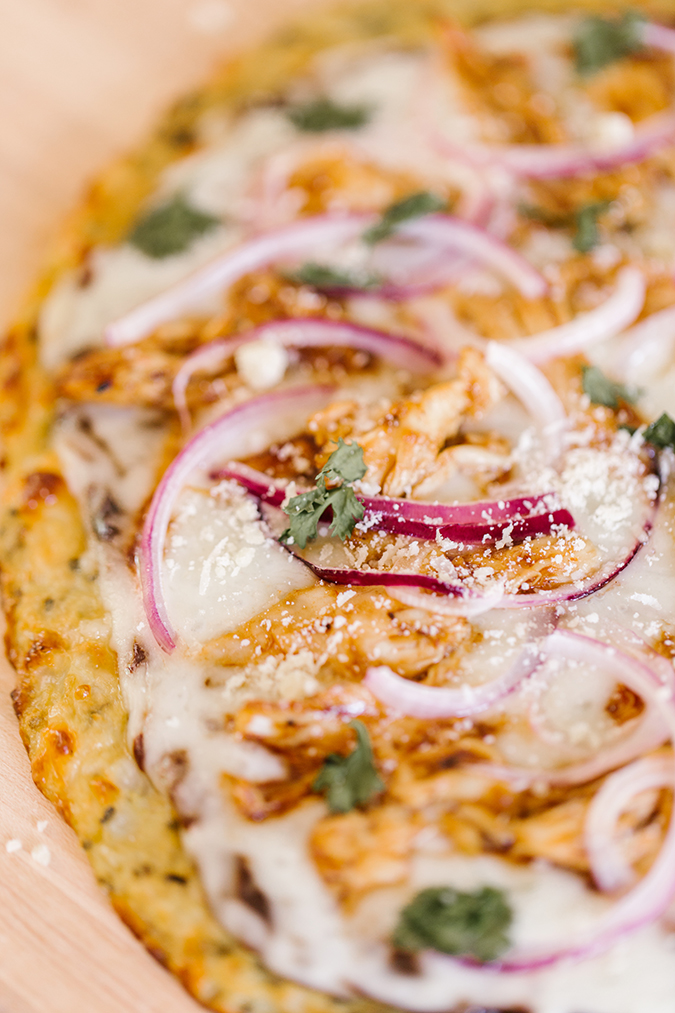 What toppings will you put on your cauliflower crust pizza?

Affiliate links may have been used in this post. 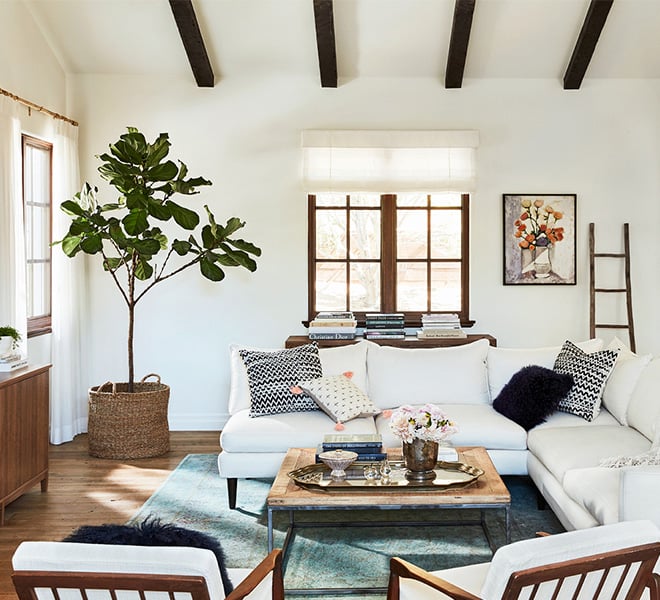 Operation Organize: How I Cleared My Clutter 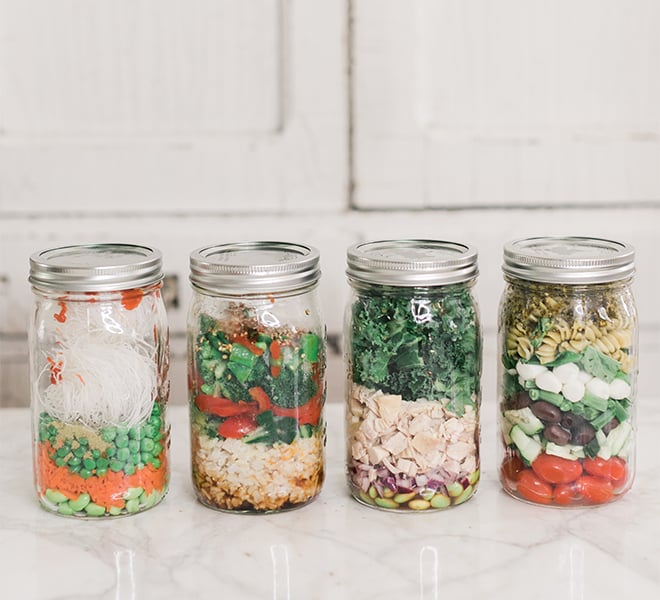